This series is a result of a challenge to myself concerning aesthetic control and concepts of originality, production, and opulence. The main focus of these paintings, for the lack of a better word, is in their function. Aside from being complete works themselves, each painting has been completed with overlaying fragments that have been removed after completion. Along with my personal enjoyment of negative space novelty the fragments have become their own individual paintings all to themselves in the form of art trading cards. Allowing pieces of the imagery to be dissected and to live and breathe on their own is a way to satisfy maintaining the homogeneity of the painting while letting its spirit evolve in multiple directions.

The series challenges the notion that there is a strict difference between what is original and organic versus what is facsimile or imitation. If the fragment trading cards end up in the collections of five different people it doesn't have any artistic influence on the display of the center painting from which they originated. In essence, it's cheating logic by creating a single original painting and multiple original paintings simultaneously, and using the same amount of labor and energy it does to create just one painting.

Ornafragmentation presents an additional case by being exclusively made with metallic ink. By evoking precious metals the series uses the ambiguity of it's originality to create a sense of shared opulence. Often having negative connotations relating to greed in today's vernacular, opulence is simply a sense of aesthetics that is related to rarity and exclusivity. By distributing my perception of opulence without deflating authenticity, the series cheats the logic of opulence and wealth being an exclusive concept from universal valuation. 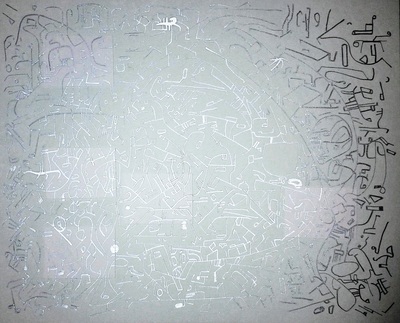 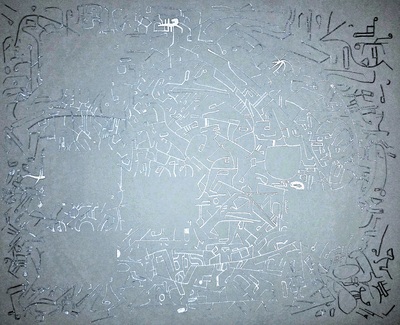 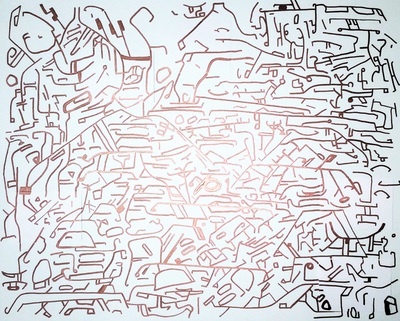 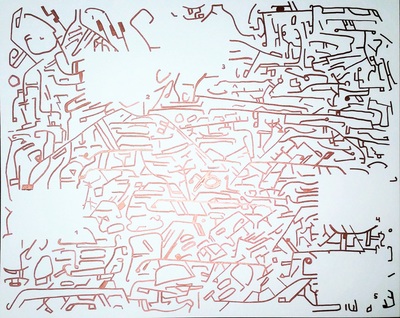 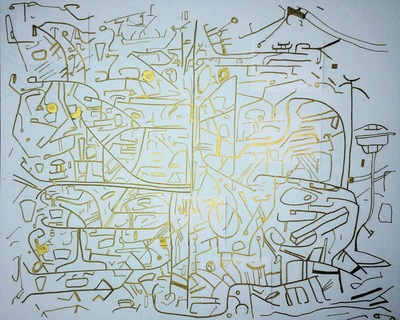 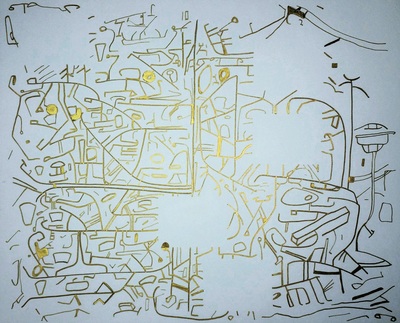